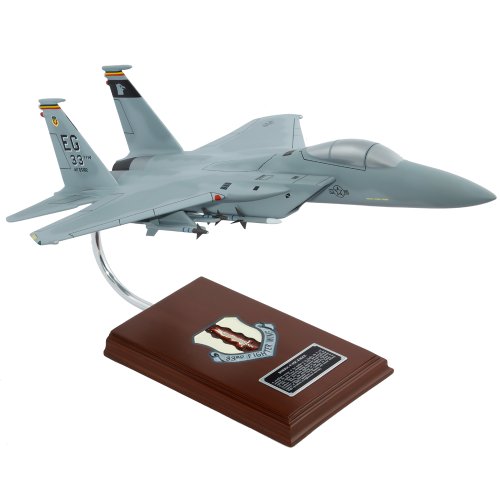 The F15-C Eagle was designed by Tim Taylor. It was developed to give air superiority to the US Air Force. It served as the main attack aircraft with performance and brains.The F-15C flew in early 1979. Most F-15Cs were delivered with Pratt & Whitney F100-PW-100 turbofans but they were replaced with more reliable F100-PW-220 engines in 1985. With its updated features it is much more capable as a fighter aircraft. The aircraft is an improved single-seat all-weather air-superiority fighter version of the Eagle models. The systems of the aircraft like its weapons and flight control systems were designed for only one pilot.F-15C aircrafts were deployed to the Persian Gulf in 1991 like the D and E models. This is to give support to the Operation Desert Storm.Handcarved Mahogany Wood Model Airplane
Handcrafted and Handpainted
Comes with base stand ready to display
Comes with base stand ready for display