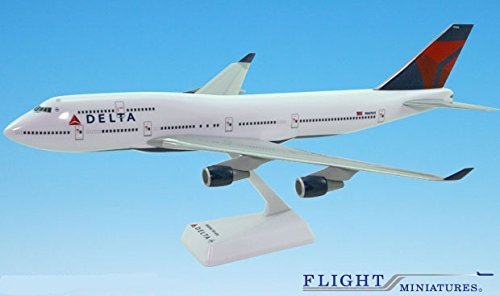 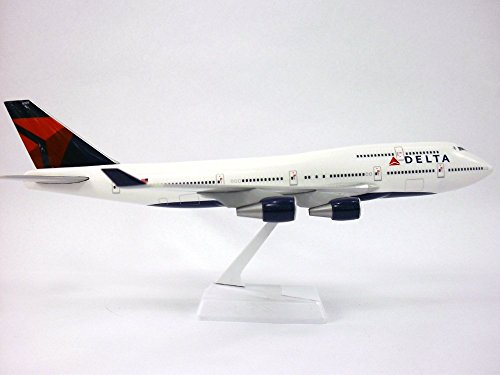 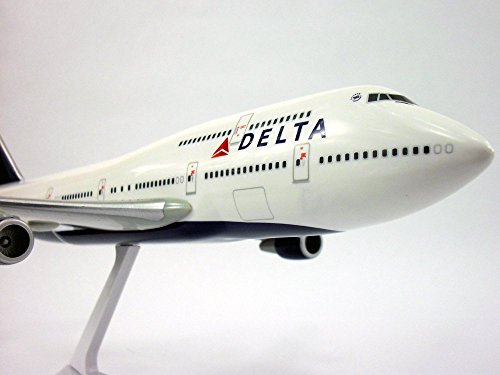 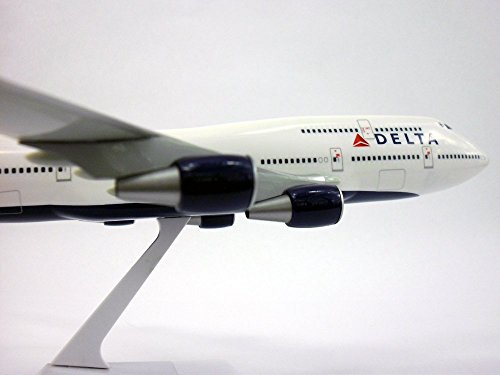 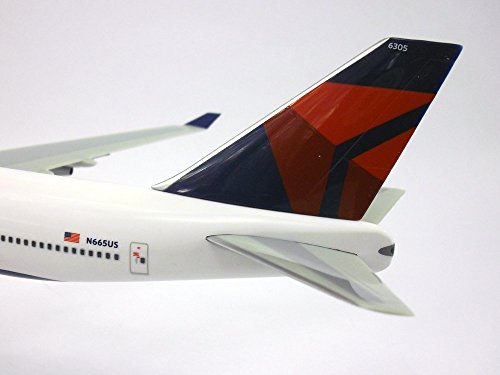 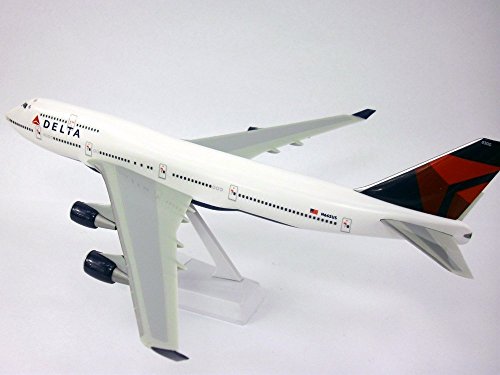 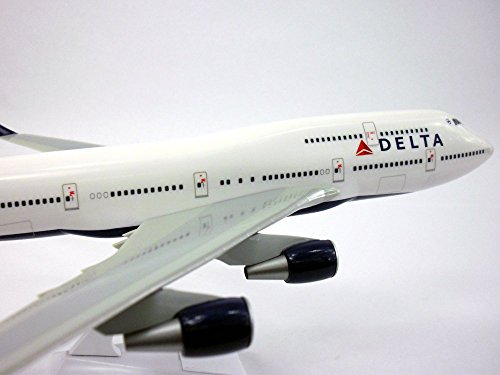 Collectors Item, no longer in production! After a 30-year hiatus, Flight Miniatures 1:200 Scale Plastic Snap-Fit – Boeing 747-400 – Length:13.75″ Wingspan: 13″ On April 30, 2016, Delta Air Lines moved the first Boeing 747-400 aircraft ever built to the Delta Flight Musuem in Atlanta to become part of their permanent collection. This model, bearing registration #N661US and ship 6301, represents this historic aircraft. After logging over 61 million miles, this aircraft flew its final flight on September 9, 2015 – Flight 836 from Honolulu to Atlanta. Known as the “Queen of the Skies,” the Boeing 747 is one of the most popular and recognizable aircraft in the world today. The Boeing 747-400 is a major development and the best-selling model of the Boeing 747 family of jet airliners. While retaining the four-engine wide-body layout of its predecessors, the 747-400 embodies numerous technological and structural changes to produce a more efficient airframe. Its most distinguishing features versus preceding 747 models are 6-foot (1.8 m) winglets mounted on 6-foot (1.8 m) wing tip extensions, which are found on all 747-400s except for Japanese domestic market versions. The 747-400 is equipped with a two-crew glass cockpit, which dispenses with the need for a flight engineer, along with more fuel-efficient engines, an optional fuel tank in the horizontal stabilizer, and revised fuselage/wing fairings. The exhibit of this aircraft is scheduled to open to the public in Spring 2017. To learn more, visit www.deltamuseum.org or call (404) 715-7886..Collectors Item, no longer in production! Meet your passion for aviation collectibles
Add to your collection of aircraft models. Collectors Item, no longer in production!
Share your passion for flight by presenting one as the perfect gift
Flight Miniatures has just the right scale airplane model for you.
1:200 Scale Plastic Snap-Fit – Boeing 747-400 – Length:13.75